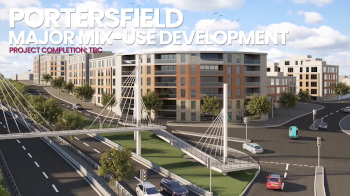 The face of Dudley is changing – and a new video launched today showcases the near £1 billion regeneration programme set to transform the town centre over the next decade.

The five-minute video – https://youtu.be/NOwZHaOmudQ - takes viewers on a fly-through tour of the town centre via tram, stopping off at the major developments coming to the town on the way. 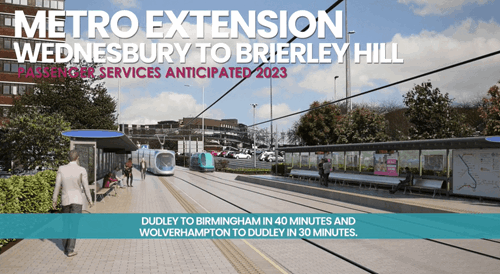 An artists impression of the Metro running through Dudley

Put together by architects Corstorphine and Wright with the theme of Regenerating Dudley and the strapline “It’s Our Time”, it features:

It comes as papers set to go before Dudley Council’s ruling cabinet next month reveal plans are progressing on the Portersfield site. 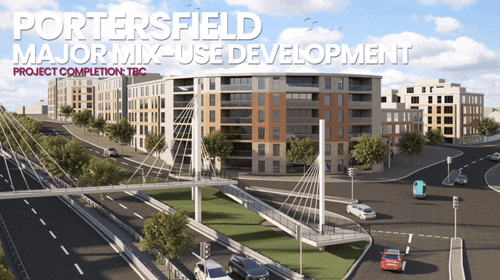 An artists impression of the Portersfield site

Eyesore derelict Cavendish House finally came down earlier this year after nearly two decades as a blot on the borough skyline.

And the papers reveal Dudley Council bosses are now to sign a Memorandum of Understanding (MoU) with developers Avenbury, committing both parties to press ahead together with the key gateway development in the town centre.

"We have demonstrated our intent with the demolition of Cavendish House and we now look forward to our partnership with Dudley Council delivering our joint ambitions for a comprehensive development of the Portersfield site."

"It started with the crumbling of Cavendish earlier this year – and this new flythrough highlights our commitment as a council to delivering real change for the people of the borough.

"The signing of the memorandum is a commitment from both parties that site will not stay derelict for long, with big plans for residential and commercial development on a key gateway site into the town.

"And we won’t stop there.

"Dudley is open for business, with lots of exciting developments and things to look forward to for people who live and work in the borough. It’s our time."

People can get all the latest information on regeneration activity in Dudley at www.regeneratingdudley.org.uk.